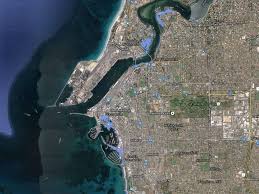 Water is never far from the news these days. This summer, northern India experienced one of its heaviest monsoon seasons in 80 years, leaving more than 800 people dead and forcing another 100,000 from their homes. Meanwhile, Central Europe faced its worst flooding in decades after heavy rains swelled major rivers like the Elbe and the Danube. In the United States, nearly half the country continues to suffer from drought, while heavy rainfall has broken records in the Northeast, devastated crops in the South, and now is inundating Colorado.