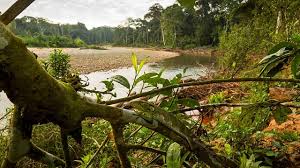 However, the world’s forests have been under significant pressure.

After the last ice age but before the dawn of agriculture, forests covered about half of Earth’s land mass. But today, only half of this original forest cover remains. Forty percent has been cleared at some point and is considered “working”, “managed”, or “fragmented” forest. Only 10 percent is intact, primary, or “virgin” forest. Most of the forests that have been lost have been converted to cropland and rangeland or, to a lesser extent, urban and suburban development.

Since 2000, the majority of forest conversion has occurred in two areas: the southeastern Amazon in Brazil, and in Southeast Asia, most notably in the country of Indonesia. These are two “hotspots” of deforestation today, and project POTICO is designed to help address one of them: Indonesia.