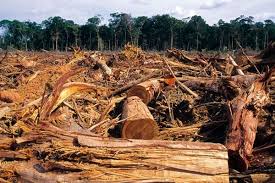 According to some estimates, approximately 15 million hectares (37 million acres) of degraded lands exist in Indonesia, concentrated on the islands of Sumatra and Borneo. Most of these lands were cleared years ago for timber or wood fiber and have neither returned as healthy forest nor been actively managed on a large scale for other uses. If developers were to locate all new oil palm plantations on these degraded lands, then pressure to clear the remaining virgin forests would abate. Why, then, are developers not doing so?

One reason is economics. Oil palm trees do not start producing fruit until after 2½ years and the amount of oil produced does not start generating net income until year 4. A developer, therefore, seeks an interim revenue stream for the period between the plantation’s inception and year 4 to fund the project and increase overall return on investment. Income from the sale of timber that is cleared when preparing the plantation provides this revenue stream. Degraded land does not have sufficient timber to provide an interim cash flow.

Another reason concerns land tenure. Degraded lands sometimes have unclear tenure status or competing claims between different communities, villages, or people. Developers often find it easier to deal with virgin forests because tenure is secured by the government’s concession.